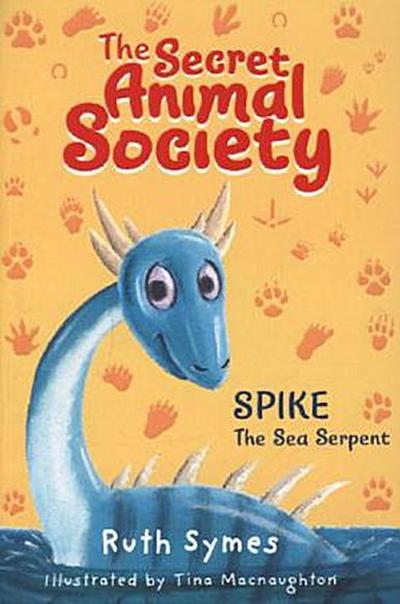 Secret Animal Society - an organisation which protects those very rare animals few people know even exist - is located in a remote valley close to the sea. When twins Eddie and Izzie move there with their family, they;re very disappointed that many of the animals keep themselves hidden. In fact, the only one they see regularly is Cornflake the dragon. Noah, the old caretaker, tells them that it;s normal - there are some creatures that they haven;t seen for years.

Then there;s a sighting of an unidentified creature far out at sea, which seems to be heading to the Secret Animal Society. To start with everyone thinks it;s almost certainly a whale or a shark. But as it gets closer people recognise its song - it;s Spike the sea serpent (actually a plesiosaur). No one has seen him for years. But now he;s returning to the society, and sounds like he;s in distress ... It turns out he;s got his baby with him, who;s sick, and he;s hoping the society can help.