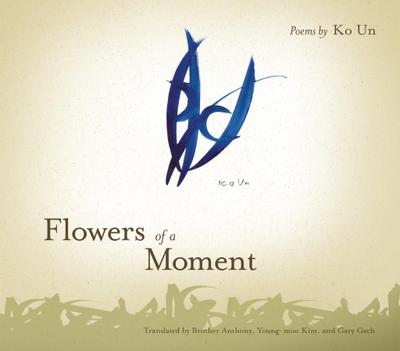 Flowers of a Moment

"Bodhisattva of Korean poetry, exuberant, demotic, abundant, obsessed with poetic creation . . . Ko Un is a magnificent poet, combination of Buddhist cognoscente, passionate political libertarian, and naturalist historian."-Allen Ginsberg
"Korea's greatest living Zen poet."-Lawrence Ferlinghetti Flowers of a Moment is a treasure trove of more than 180 brief poems by a major world poet at the apex of his career. A four-time Nobel Prize nominee,Ko Un grew up in Korea during the Japanese occupation. During the Korean War, he was conscripted by the People's Army. In 1952, he became a Buddhist and lived a monastic life for ten years. For his activism confronting South Korea's dictatorial military government, he was imprisoned and tortured. He has published more than one hundred volumes of poetry, essays, fiction, drama, and translations of Chinese poetry.