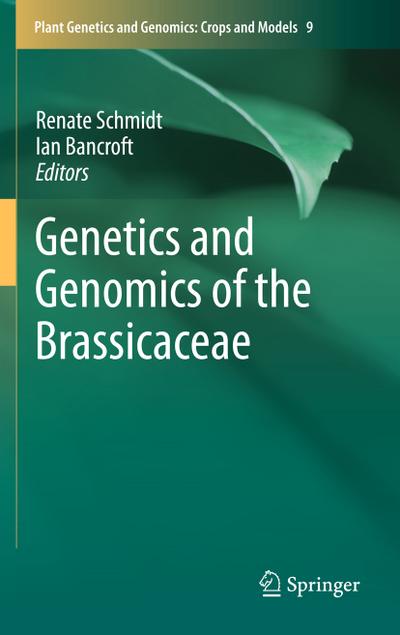 Genetics and Genomics of the Brassicaceae

Molecular studies of the genomes of species of the Brassicaceae revealed extensive genome duplication, indicative of multiple polyploidy events during evolution. In some species, such as Brassica napus, there is evidence of multiple rounds of polyploidy during its relatively recent evolution, thus the Brassicaceae represent an excellent model system for the study of the impacts of polyploidy and the subsequent process of diploidisation, whereby the genome stabilises. Sequence-level characterization of the genomes of Arabidopsis thaliana and Brassica rapa are presented, along with summaries of comparative studies conducted at both linkage map and sequence level, and analysis of the structural and functional evolution of resynthesised polyploids, along with a description of the phylogeny and karyotype evolution of the Brassicaceae.

Finally, some perspectives of the editors are presented. These focus upon the Brassicaceae species as models for studying genome evolution following polyploidy, the impact of advances in genome sequencing technology, prospects for future transcriptome analysis and upcoming model systems.