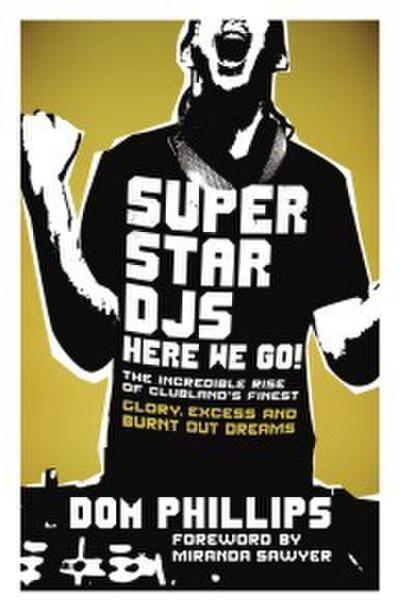 During the 1990s big names such as Sasha, Jeremy Healy, Fatboy Slim, Dave Seaman, Nicky Holloway, Judge Jules, and Pete Tong exploded out of acid house, becoming international jetsetters, flying all over the world just to play a few hours and commanding up to £140,000 a night. The plush, heavily branded ¿superclubs¿ where they performed ¿ clubs like Cream, Ministry, Renaissance and Gatecrasher - were filled with thousands of adoring clubbers, roaring their approval of their DJ gods.

For the DJs and promoters, it was a licence to print money and live like a rock star. For clubbers, it was a hedonistic utopia where anyone and everyone could come together to look fabulous, take drugs, and dance the night away. But underneath the shiny surface lurked a darker side, a world of cynical moneymaking, rampant egos and cocaine-fuelled self-indulgence that eventually spiralled out of control leaving behind burnt-out DJs, jobless promoters and a host of bittersweet memories.

They went from having the clubbing world at their feet to the world¿s biggest comedown. Dom Phillips ¿ former editor of clubbers' bible Mixmag ¿ reveals an enthralling and at times jaw-dropping account of flawed people, broken dreams and what really happens when it all goes Pete Tong.