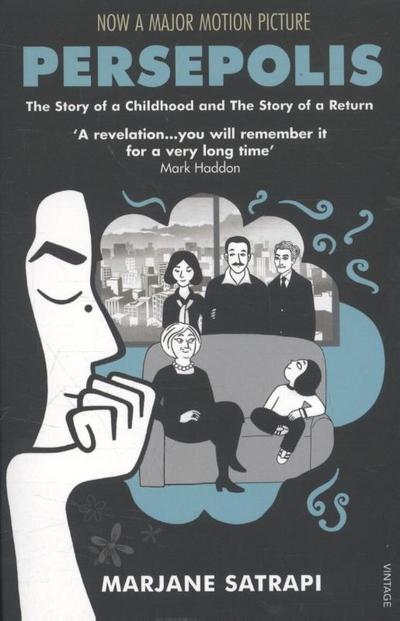 The intelligent and outspoken child of radical Marxists, and the great-grandaughter of Iran's last emperor, Satrapi bears witness to a childhood uniquely entwined with the history of her country. Persepolis paints an unforgettable portrait of daily life in Iran and of the bewildering contradictions between home life and public life.

Amidst the tragedy, Marjane's child's eye view adds immediacy and humour, and her story of a childhood at once outrageous and ordinary, beset by the unthinkable and yet buffered by an extraordinary and loving family, is immensely moving.

'The magic of Marjane Satrapi's work is that it can condense a whole country's tragedy into one poignant, funny scene after another' Independent on Sunday

Tells the story of Marjane Satrapi's life in Tehran from the ages of six to fourteen, years that saw the overthrow of the Shah's regime, the triumph of the Islamic Revolution and the devastating effects of war with Iraq. This book paints a portrait of daily life in Iran and of the contradictions between home life and public life.
Now in one volume, both parts of Persepolis , Marjane Satrapi's brilliant memoir-in-comic-strips about growing up in Iran during and after the Islamic revolution.