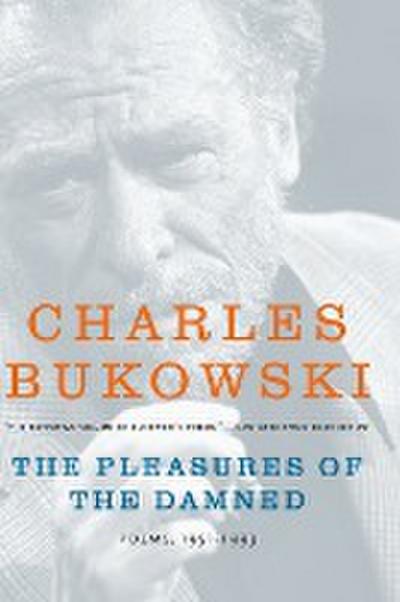 The Pleasures of the Damned

Features top-selected works by the late iconic counterculture poet as written throughout his later years, in a volume that includes the last of his previously unpublished pieces.
To his legions of fans, Charles Bukowski was-and remains-the quintessential counterculture icon. A hard-drinking wild man of literature and a stubborn outsider to the poetry world, he wrote unflinchingly about booze, work, and women, in raw, street-tough poems whose truth has struck a chord with generations of readers.
Edited by John Martin, the legendary publisher of Black Sparrow Press and a close friend of Bukowski's, The Pleasures of the Damned is a selection of the best works from Bukowski's long poetic career, including the last of his never-before-collected poems. Celebrating the full range of the poet's extra-ordinary and surprising sensibility, and his uncompromising linguistic brilliance, these poems cover a rich lifetime of experiences and speak to Bukowski's "immense intelligence, the caring heart that saw through the sham of our pretenses and had pity on our human condition" (The New York Quarterly). The Pleasures of the Damned is an astonishing poetic treasure trove, essential reading for both longtime fans and those just discovering this unique and legendary American voice.